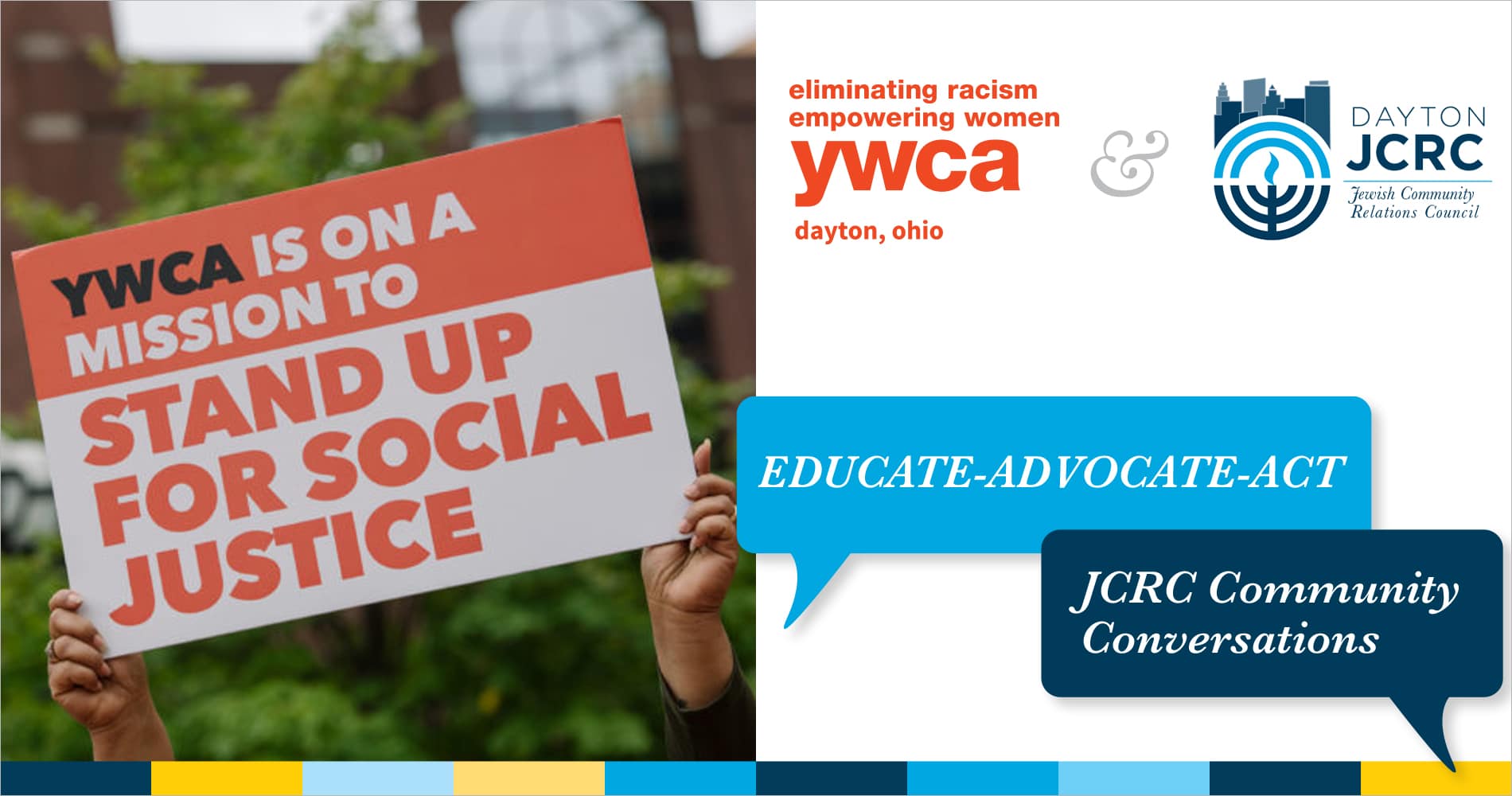 Join the Jewish Community Relations Council of the Jewish Federation of Greater Dayton and the Dayton YWCA for the 21-Day Racial Equity and Social Justice Challenge Community Conversation Series. A three-part event to discuss issues of race and social justice both within Dayton and abroad.

The following questions will guide our discussion

Historically, trauma endured by both the Black and Jewish populations has made way for open dialogues, discussions, divisions, and alliances. Racism and antisemitism, while different in definition and in characterization are similar in that both have their roots in hated and xenophobia and endure in our communities and institutions.  Violent acts spark immediate need for activism and often times go away when the next newsworthy event takes centerstage.  The recent murder of George Floyd has shifted the norm of moving on; and the activism and calls for reform have not gone quiet.

The JCRC wanted to bring together this panel of clergy as we, in the Jewish community know that we, too, are responsible for helping our neighbor.  Our guiding value of “Do not stand idly by” –לא תעמד על-דם רעך (Leviticus 19:16), is our commitment in being agents of change.