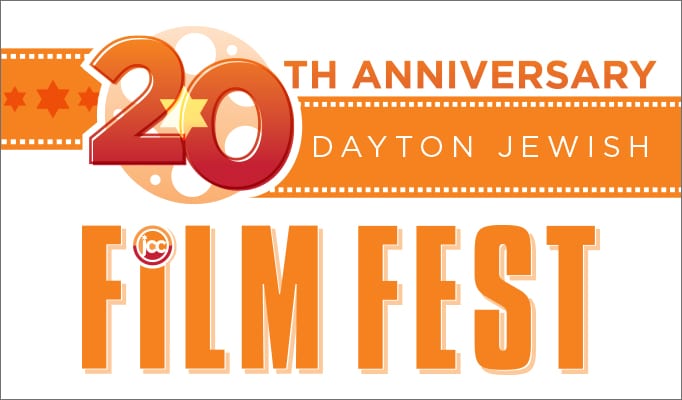 The Dayton Jewish Film Festival offers outstanding world cinema that promotes awareness, appreciation and pride to the diversity of the Jewish people and to the community at large. Our goal is to educate and entertain through evocative, narrative and documentary films that portray the Jewish experience from historic to current global perspectives

Stay tuned for our festival lineup! 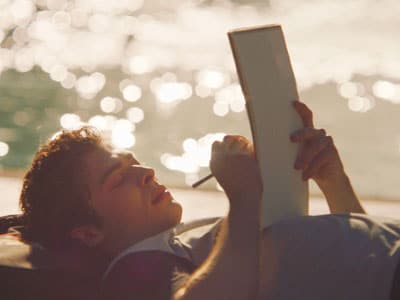 More About the Film
Inspirational and evocative, The Samuel Project conveys how love of family can make a difference in one’s outlook on life. Eli (Ryan Ochoa) gets to know his grandfather Samuel (Hal Linden) for the first time when he makes him the subject of an animated art project for
school. With dreams of becoming a professional artist, Eli discovers that his Jewish grandpa, a San Diego dry cleaner, was heroically saved from Nazi capture in Germany by a young woman when he was a boy. 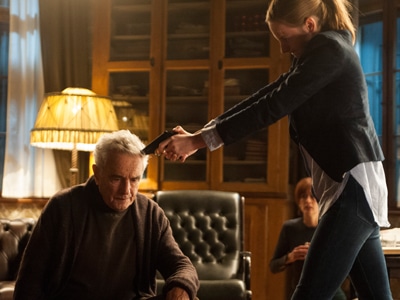 More About the Film
The psychological thriller Winter Hunt tells the story of a family from the Schwäbische Alb mountain range in Germany. Lena enters the Rossberg family mansion where Anselm Rossberg, a former Auschwitz guard, lives with his adult daughter Maria. Lena attacks Anselm
and forces him to confess about his past and his actions in the concentration camp as a young man. When a terrible secret is revealed, Lena is confronted with a moral decision. 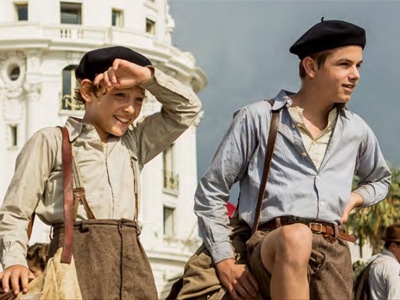 A Bag of Marbles

More About the Film
This heartwarming adaptation of Joseph Joffo’s enduring memoir tells the story of the Nazi occupation through the eyes of two young Jewish boys struggling to survive on their own. Paris, 1941: Joseph and Maurice are the sons of Roman, the local barber. At 10 and 12, the boys have so little understanding of the persecution of Jews that Joseph thinks nothing of swapping his yellow star for a bag of marbles. Always one false move from tragedy, these tenacious urchins survive on courage, ingenuity and more than a bit of cunning as they make their precarious way through France hoping to reunite with their family. 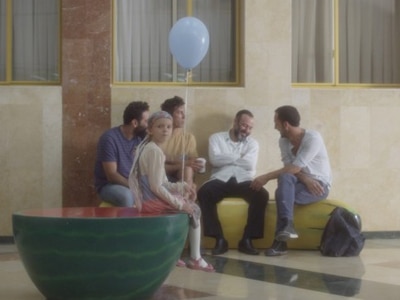 More About the Film
Menachem is a widowed single father working in a supermarket. A devout Orthodox Jew, he is devoted to his 7-yearold daughter Geula, who needs medical treatment his low wages can’t afford. He has the notion to contact his old friends and reunite their band. It’s a decision that leads Menachem to reassess his faith, his past and his own ambitions. Exploring themes of parental love, male friendship and the importance of being true to yourself, there’s a gentleness and sincerity about Redemption that belies a story pitching rock ’n’ roll against religion.

The Spy Behind Home Plate

More About the Film
In this first ever feature-length documentary about the enigmatic Moe Berg, Aviva Kempner again focuses her camera on a little-known Jewish hero. From the streets of Newark to five major league teams during baseball’s Golden Age to his secret life spying for the OSS during WWII, Berg’s improbable story is told with rare historical footage and revealing interviews with family and an All-Star roster from the worlds of history, sports and spy craft.

Officially released to theatres in May 2019, award-winning filmmaker Aviva Kempner’s newest documentary will screen more than fifty times at various Jewish Film Festivals across the United States and Canada 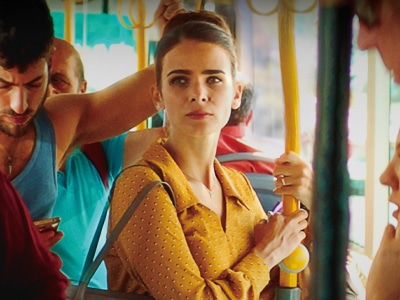 More About the Film
Orna is the mother of three young children with a husband struggling to start his own restaurant. To help support her family, Orna returns to the workplace. She lands a job with a former army superior, Benny, who is now a successful real estate developer. While Orna embraces her new position and tries to balance its demands with her home life, she begins to experience escalating sexual harassment from her boss. Her rapid rise through the ranks and her increasing financial success seem to parallel a pattern of predatory behavior which ultimately brings her career and marital relationship to the brink. This timely and devastating story is expertly told by long time feminist filmmaker Michal Aviad.

Officially released to theaters in March 2019, this film will screen more than fifty times at various Jewish film festivals across the United States and Canada 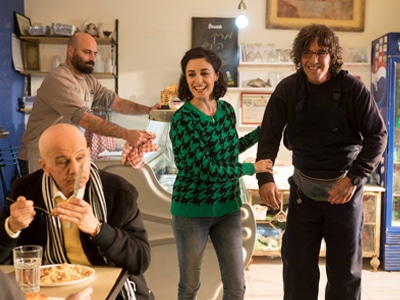 More About the Film
Shoelaces tells the story of a complicated relationship between an aging father and his special-needs son, whom he abandoned while he was still a young boy. Reuben’s kidneys are failing and his adult son, Gadi, wants to donate one of his own kidneys to help save his father’s life. However, the transplant committee objects to the procedure claiming that Rueben, acting as Gadi’s sole legal guardian, does not have the right to authorize such an invasive procedure. Through the film’s portrayal of a relationship full of love, rejection and co-dependency, Shoelaces sheds some light and questions the importance of human life and connection, and asks if life is even possible without either. 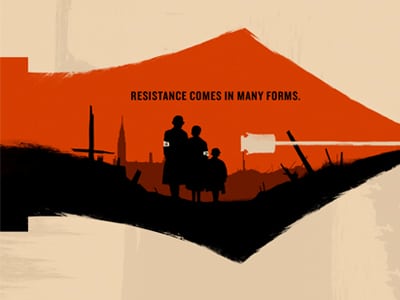 Who Will Write Our History

More About the Film
In November 1940, days after the Nazis sealed 450,000 Jews in the Warsaw Ghetto, a secret band of journalists, scholars, and community leaders decided to fight back. Led by historian Emanuel Ringelblum and known by the code name Oyneg Shabes, this clandestine group vowed to defeat Nazi lies and propaganda not with guns or fists but with pen and paper. Now, for the first time, their story is told as a feature documentary. Written, produced, and directed by Roberta Grossman and executive produced by Nancy Spielberg, Who Will Write Our History mixes the writings of the Oyneg Shabes archive with new interviews, rarely seen footage and stunning dramatizations to transport us inside the ghetto and the lives of these courageous resistance fighters. 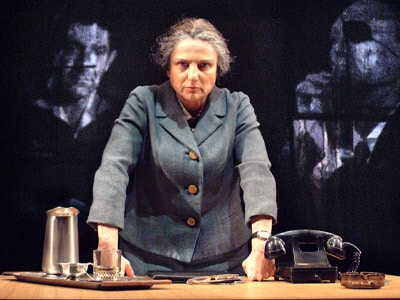 More About the Film
Golda Meir’s rise from Russian schoolgirl to American schoolteacher to a leader of international politics as the fourth Prime Minister of Israel is one of the most amazing stories of the twentieth century. This onewoman Broadway hit starring Tovah Feldshuh and written by William Gibson primarily focuses on the period surrounding the 1973 Yom Kippur War when Israel was attacked by Egypt and Syria. Over 500 performances both On and Off Broadway were sold out, earning accolades far and wide. A rare, multicamera shoot from the play’s original run was recently unearthed and assembled into a riveting motion picture. In this film, her life has been transformed into a cinematic event of overwhelming power and inspirational triumph. 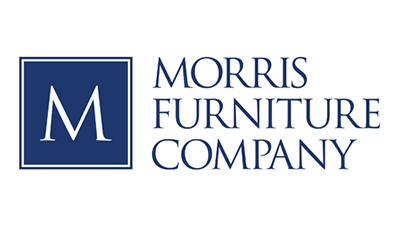 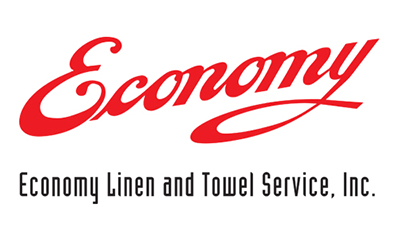 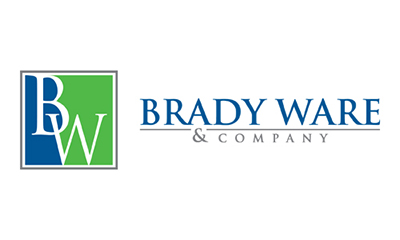 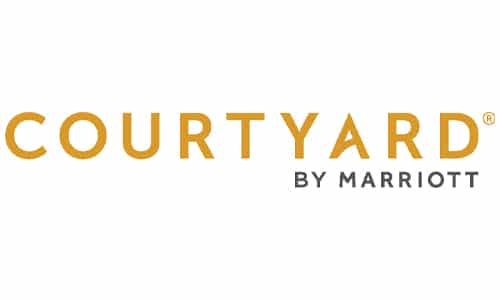 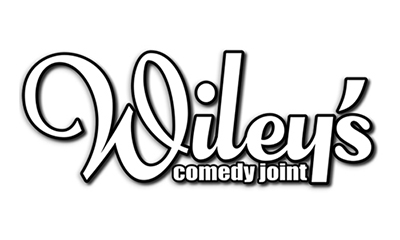 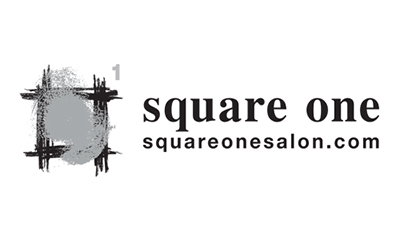 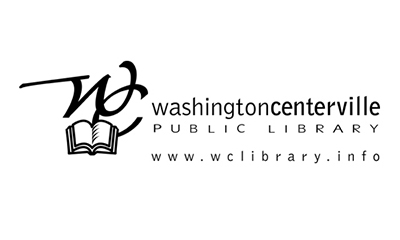 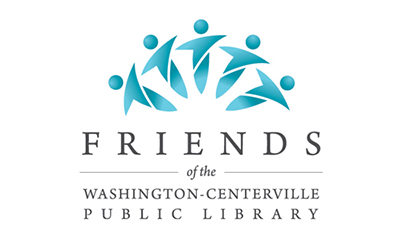 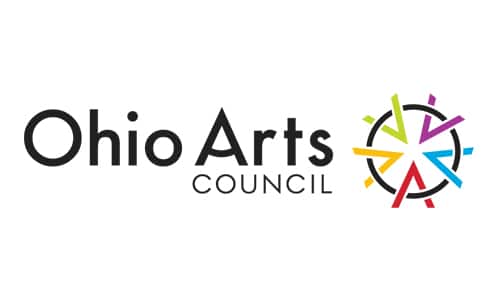 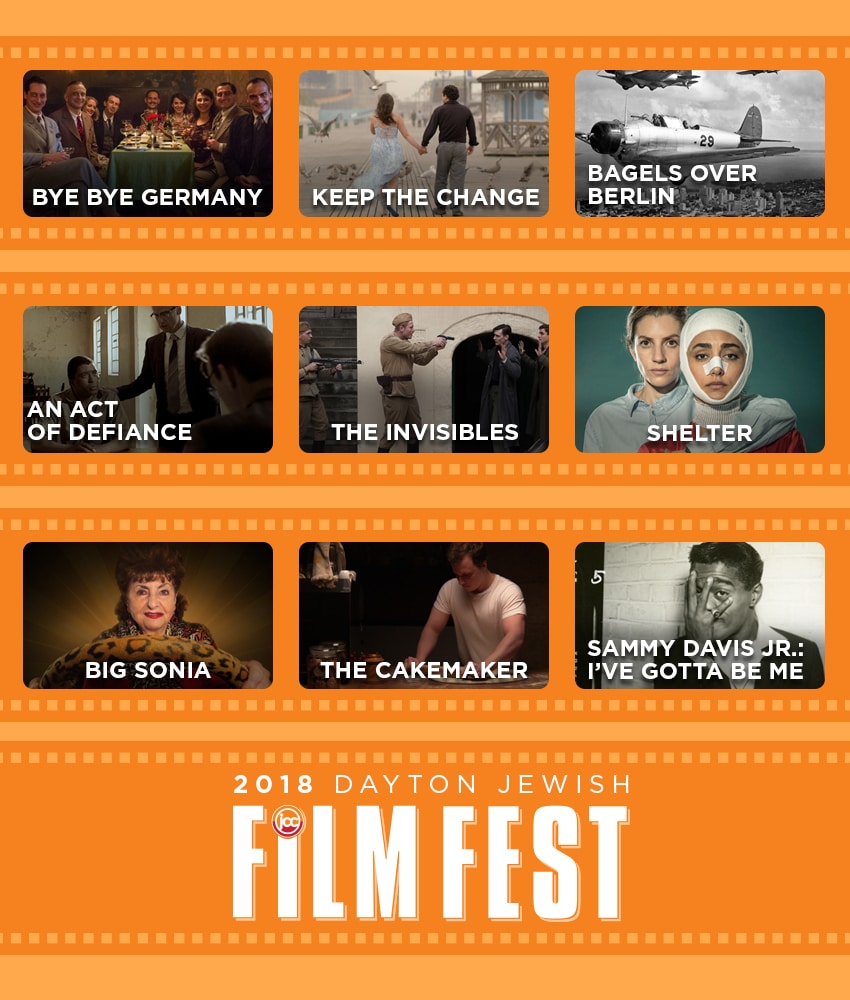 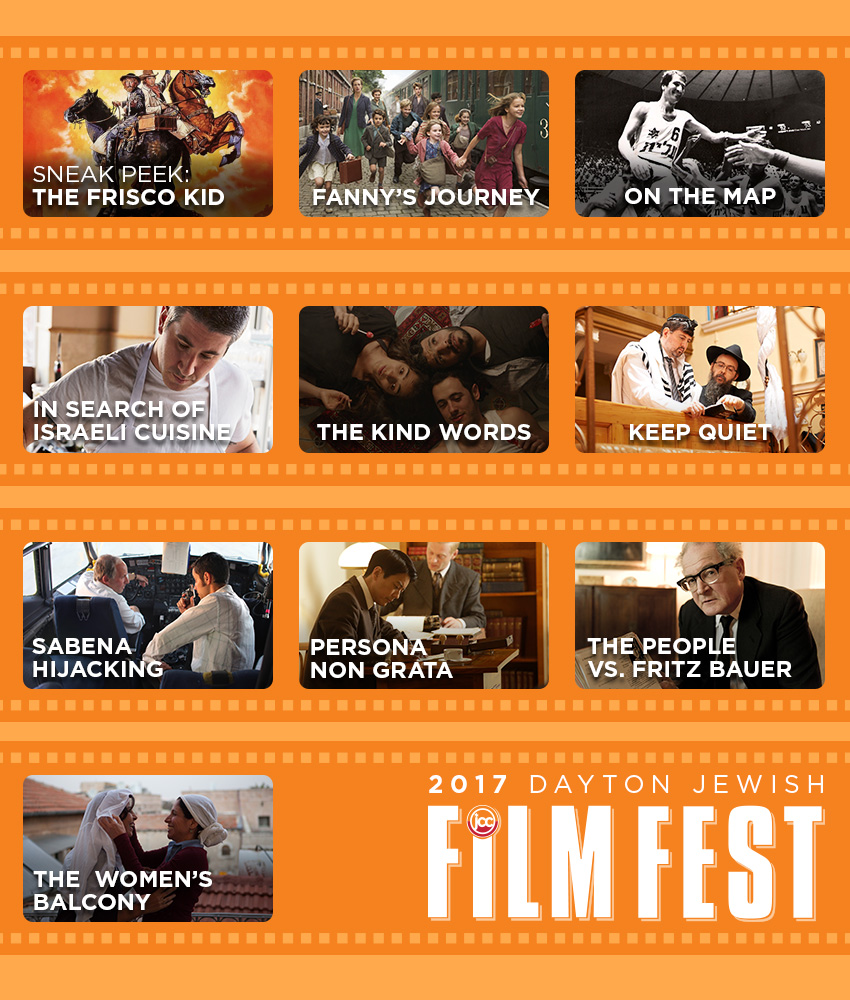 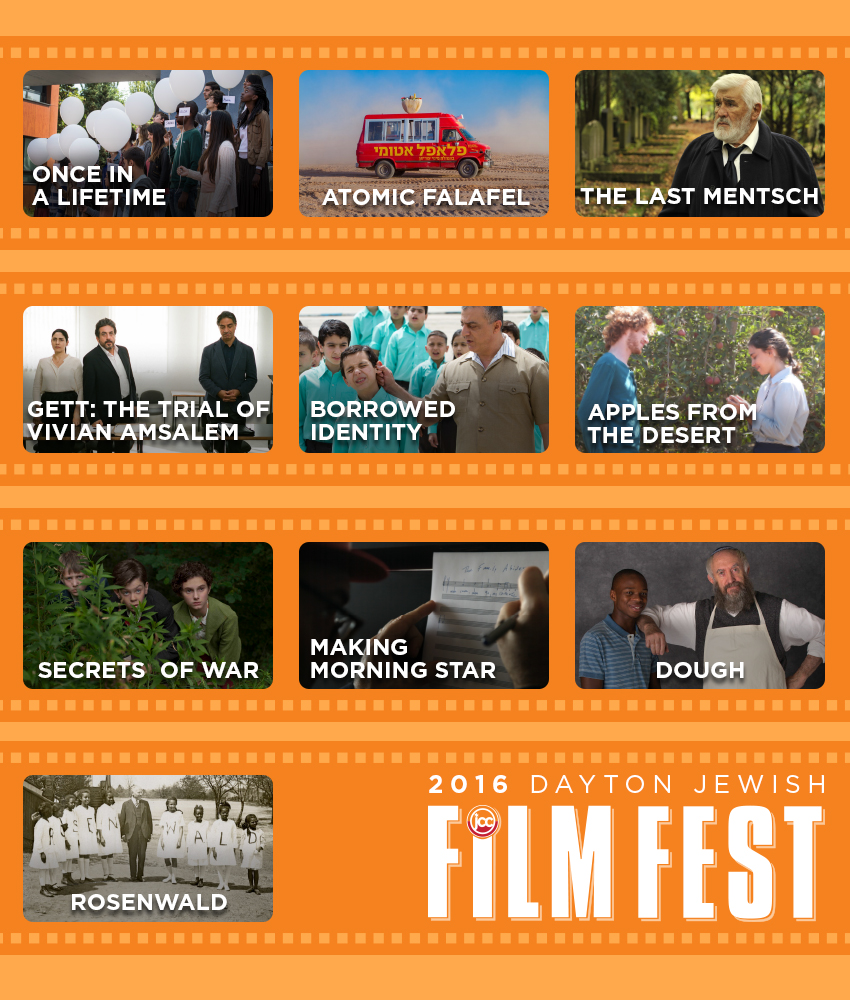 By Marshall Weiss, The Dayton Jewish Observer As the Dayton area’s Jewish community was shutting dow [...]

Even with social distancing, we must walk together

By Rabbi Judy Chessin, Temple Beth Or This spring, the coronavirus has created an unprecedented cris [...]

A heritage of remembrance