Falling In Love with Israel, Economically 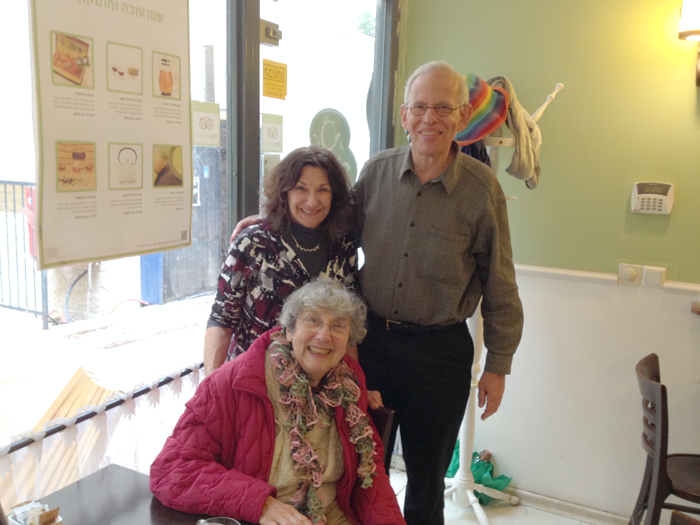 “I’d never been to Israel before, I’m 58 years old now, I was 57 when I went. I said to myself, ‘I’m long overdue’, I really want to go. I may or may not go after this, but I really want to go”, recalled Steve Renas, a retired forensic economist professor from Wright State University, with a PHD in forensic economy from Georgia State University. Steve and Aileen Adams visited Israel for the first time this past fall, and became connected to the region in a way he’d never thought he would.

Israel had never been a direct part of Steve’s life. While his son, married with three children, frequently visits his inlaws in Israel many times a year, Steve had never stepped foot on Israeli soil.

Steve’s experiences in Israel opened up a connection to Israel he never thought he’d have. From seeing the coastline from the plane to visiting the Western Wall, he found himself enamored with the history and culture, as well as concerned . Their tour company happened to be visiting Jerusalem on November 18, the same morning as the devastating terror attack at Kehilat Bnei Torah, an orthodox synagogue located roughly 5 kilometers from the Yad Vashem Holocaust Memorial. Five Israelis were killed and several others were wounded. Steve recounts “When I found out, it tore me up”. The culmination of these experiences led to one certainty — he had to go back.

Pinpointing how and why he wanted to return was very important to him. With Israel being a country with very strong spiritual ties for some, Steve wanted to focus on something that meant a lot to him — economics. As Steve puts it, “You do what you know, and that’s what I know”. Once he returned to the states after his trip, he became extremely interested in Israel’s economic layout and structure.

“Israel has a dual economy. The midsection of Israel, which runs from the Mediterranean Sea, through Tel Aviv and onward to Jerusalem, is their high-tech, high-industry growth area. The northern tier and southern tier, economically, aren’t on par with the growing cities. Unequal growth creates strain. It creates disconnect. It weakens the system. Ultimately, we want those areas to catch up. We can’t afford for them to lag behind”.

Steve’s research showed that the vast majority of high development was taking place in the midsection of Israel, something they’ve dubbed “the Silicon Wadi”, with “wadi” being an Arabic word for dry river bed. There are no pockets of high development in the Western Galilee, “which is one of the reasons there’s such a high unemployment and high poverty rate,” Steve remarks.

“The communities in the Western Galilee were built on traditional means of employment, such as agriculture and construction. Just like in the states, everything is changing, moving towards plastics, machining, and technology. What I really want to know is, what are the colleges doing in the Western Galilee to enhance those fields?”

Partnership2Gether is a program through the Jewish Federation of Greater Dayton, that directly connects Dayton with the Western Galilee. Steve is currently planning his next trip to be involved with Partnership2Gether, and wants to learn more about how the communities are helping to grow their local economies, and is working to become involved with the Western Galilee College. From Steve’s viewpoint, “the larger universities in Israel have a national outlook, but someone has to look out for the specific regions”. He hopes to learn more about how those regions want to grow, and figure how he can be a part of it.

Tikkun olam, healing the world, takes many shapes and forms. In Steve’s case, it’s helping Israel build toward a bright economic future. Have you been to Israel? Did it inspire you to help spread Tikkun Olam?