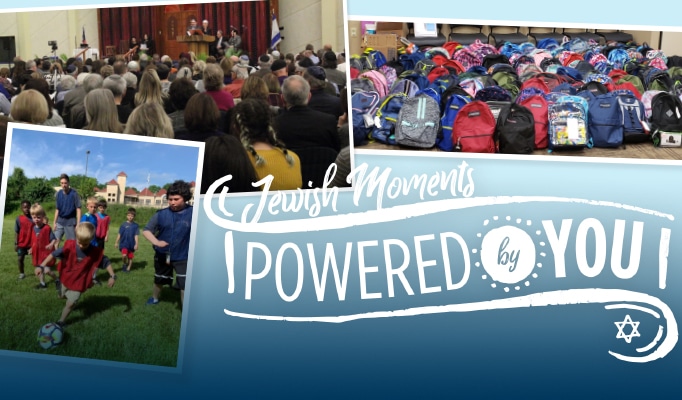 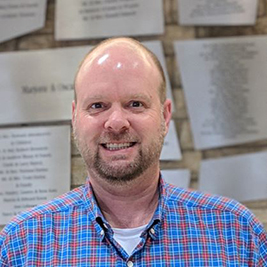 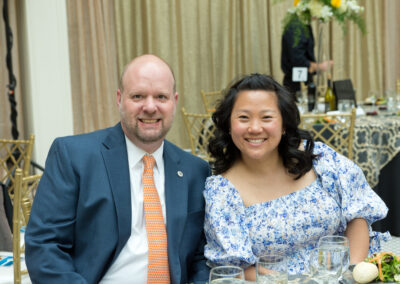 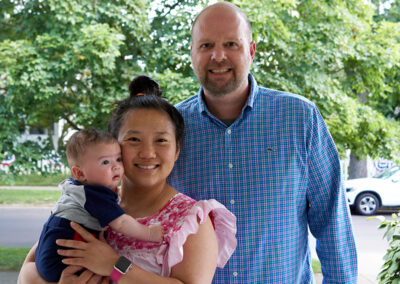 My wife Alicia and I returned to the Dayton area six years ago to be closer to family. Since then, we have firmly planted roots in the community and added our son William to our family. My family has a long and storied commitment to both the Jewish Federation of Greater Dayton and the Dayton Jewish community.  The importance of Federation was instilled in me as a child. Their mission of caring for those in need, strengthening Jewish life, and creating connections among Jews – locally, in Israel, and around the world can be seen through the programs and services offered both here in Dayton and abroad.

Given all of the goodness the Federation provides, I was both flattered and honored to be asked follow in the footsteps of prior Campaign Chair Dan Sweeny. I look forward to continuing the legacy of our amazing past chairs by working diligently to both continue our well-established campaign traditions, as well as perhaps add a new perspective to help raise the bar and ensure all of our critical resources are available to those in the community who need them.

Thankfully I don’t have to this alone! The talented professional staff at the Federation have the tenure and perspective to make sure we execute our goals. I am humbled to be part of such an amazing team – and I look forward to working with the community to further the Federation’s mission and campaign goals.

Donate below to support our 2022 Annual Campaign. 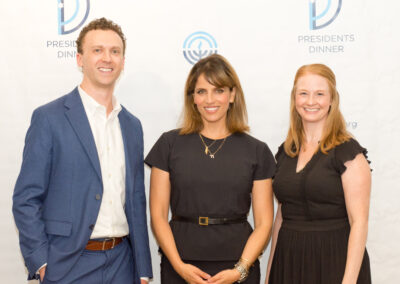 Janese and Dan at Presidents Dinner 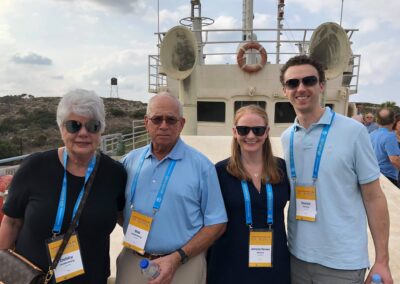 Janese and Dan in Israel 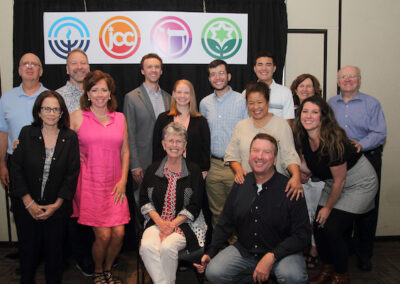 Bettman and Sweeny Families at the 2022 Annual Meeting

Having served as Campaign Chair for longer than normal due to the pandemic, there are many things I can point to that leave me with feelings of pride. Soon after my term began, the creation of a robust Financial Resource Development (FRD) team played a key role in the stability and growth of the campaign and other development initiatives, which will serve us for years to come. In a community with such a strong culture of giving, it was important to have the professional team to support those efforts. The pandemic was a particularly anxious time because we didn’t know how the community would, or could, respond to the campaign. I am extremely proud that Jewish Dayton continued to give generously so we could provide the services at the level we always do.

One of the best things to come out of the FRD team during my tenure was the partnership with the Life and Legacy program and collaboration with many of the Jewish organizations in Dayton. In the last four years, the community has been able to obtain more than 400 letters of intent for an estimated $10 million in future after-life giving. What an incredible testament to the strength of this community!

As I leave the role of campaign chair, I am excited to have Teddy Goldenberg take the reins. He has a strong sense of the history and tradition of the Dayton Jewish community, but also brings some awesome new ideas to grow and take the campaign even further. My hope for the future is that we not only grow the actual dollars brought in but engage and touch the lives of many more Jews living locally, in Israel, and around the world.

Bloomerang forms are very secure. Credit card information entered on our donation forms never passes through Bloomerang’s system or the jewishdayton.org website. It is sent directly to our credit card processor, Authorize.net.

‘The Jews hate us,’ Riverside pastor says from pulpit 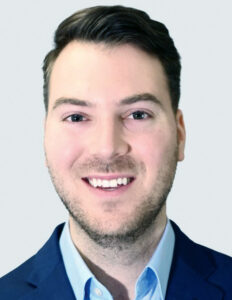 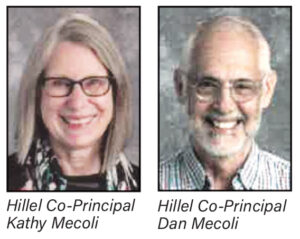 ‘Evolving with the times,’ K-6 Jewish day school thrives with project-based learning By Marshall Weiss, The Dayton Jewish Observer When Hillel Academy opened as Dayton’s first Jewish day school in September 1961 — with just a kindergarten — the little fanfare it garnered was in Dayton’s daily papers. Nothing about The post Hillel Academy celebrates six decades appeared first on The Dayton Jewish Observer. [...] 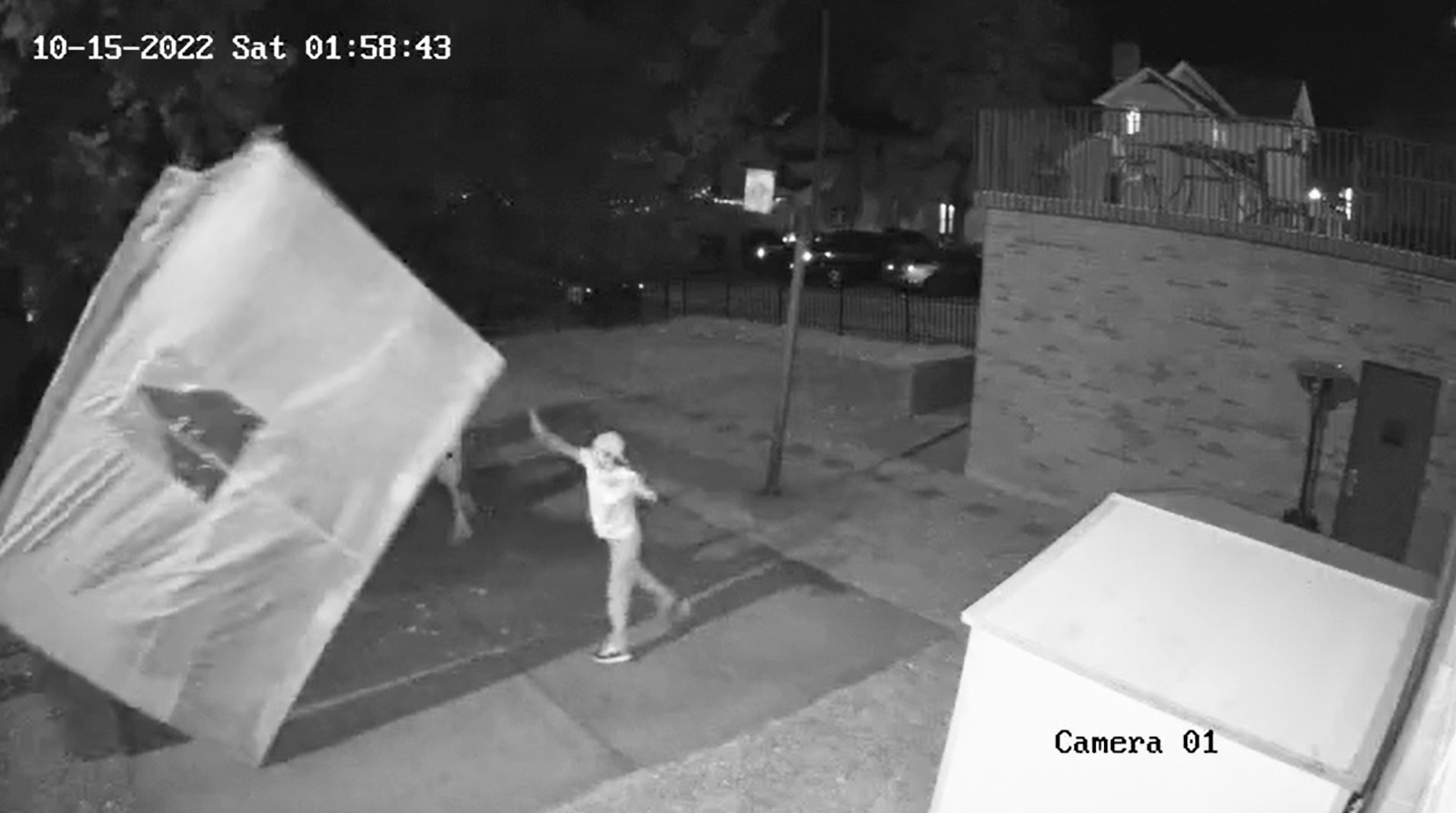 Oxford Police Department: ‘No religious bias involved’ By Marshall Weiss, The Dayton Jewish Observer Three Miami University students who turned themselves in six days after vandalizing Hillel at Miami’s sukkah had their felony charges dropped down and were convicted of criminal damages, a second-degree misdemeanor, in Butler County Court on The post Update – Felony charges against 3 Miami U. students who vandalized Hillel’s sukkah lowered to criminal damages appeared first on The Dayton Jewish Observer. [...]