History of the Jewish Foundation: How Did it All Begin?

We sat down with the recently retired Bernie Rabinowitz, a highly respected and admired member of the Dayton Jewish community, to talk with him about his involvement with the Jewish Foundation of Greater Dayton. Joined by former Federation CEO Peter Wells, we walked down memory lane and got to know more about Bernie, the Foundation’s birth, and how it became the high performing entity it is today.

“Would you believe me if I would say managing money for people is stressful?” Bernie Rabinowitz asks, as we sit down for our interview.

Bernie Rabinowitz is synonymous with Jewish Dayton. What hasn’t Bernie done in our community? He is a past president of the Jewish Federation of Greater Dayton, past chair of the Jewish Foundation of Greater Dayton, past campaign chair, and has served on numerous other boards and committees. He is very active on the Foundation Board, and can be seen at a variety of events throughout the community.

So what brought Bernie, a native of Mount Vernon, New York, to Dayton, Ohio? His answer is simple. “It was Carole.” 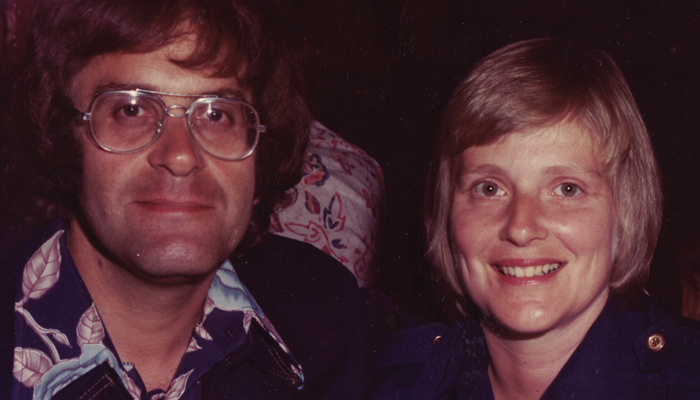 In September of 1957, Bernie Rabinowitz was a senior at Ohio State University. He ran into a friend, who was with sophomore Carole Appelblatt (z”l). After some conversation about their summers, they went their separate ways. “She was a great listener,” says Bernie. A couple of weeks went by, and Bernie asked her out. Less than a year later, they were married.

After Bernie graduated from OSU, the couple relocated to Miami, Florida, where Bernie enrolled in law school. It was there that Bernie became fascinated with the stock market. Bernie was on his way to lunch with a fellow classmate, when the classmate asked Bernie if he would mind if they stopped by his broker’s office. “I thought he meant a real estate broker,” Bernie says with a laugh.

Bernie would go on to finish law school and pass the Bar Exam, but he knew he wanted to be a broker. So Bernie and Carole relocated back to Carole’s hometown of Dayton. Although active in the community, a 1975 mission trip to Israel really sparked the Rabinowitz’s involvement in Federation.

In the 1970’s, shortly after Peter Wells began working for the Federation, it was decided that a very important component of the organization was missing ~ endowments. A core group ~ Ralph Heyman, Bernie Rabinowitz, Oscar Boonshoft (z”l), Max Gutmann (z”l), Jesse Philips (z”l), and Mitchell Singer (z”l) ~ began acting as a committee to manage this new endeavor. At first, according to Bernie, there wasn’t much to do. “We had $500,000; maybe $1 million. Everything was in the money market. We would talk about who we got gifts from, and who we should get gifts from, but that was really it.”

Mitchell Singer, who Bernie viewed as a mentor, was very vocal about which direction he felt the group should go. “He knew investing in the stock market was the future. Once we had a little bit of money, we felt a responsibility to the community and were afraid to lose it.” Jesse Philips was finally able to get the group to invest through a conservative broker who had an impeccable track record. At first, the group only invested a portion of the money. Over time, they invested the remaining amount.

The Jewish Foundation of Greater Dayton officially formed on December 2, 1987. The original board consisted of 20 members, and several sub-committees. The Foundation serves to build the Dayton Jewish community’s future, ensuring through endowments and donor advised funds that we pass the tradition of building on for generations to come.

Bernie’s involvement with Foundation carries on to this day. From 2000 until 2010, Bernie served as chair of the Foundation Board. Shortly after he became chair, the Foundation turned a corner with the creation of an investment policy. It would be that policy that helped protect the Foundation during the 2008-2009 recession.

“People lost a lot of money in 2008 and 2009, and they either never came back or took a very long time to recover. Although our investment performance went down, it wasn’t anything like what other people
experienced,” says Bernie. 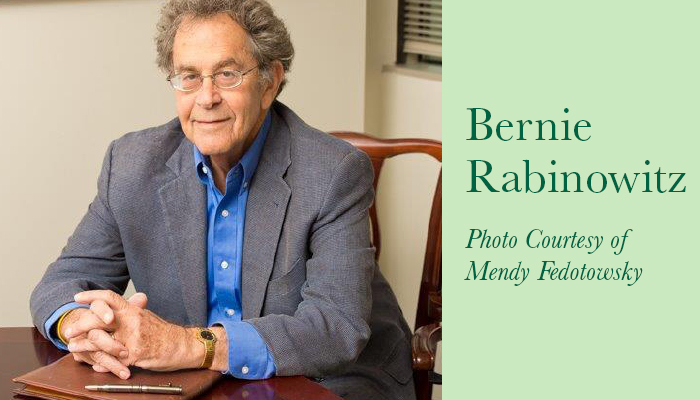 As a member of the Foundation board, Bernie helps to oversee the investments, ensuring our funds are getting the best possible return. “A lot of people don’t know about the Jewish Foundation. But the reality is that it has given us a foundation. It’s amazing to think we really started with nothing.”

In November 2017, after 56 years in the business as a broker, Bernie retired. His plans post retirement include visiting grandchildren, traveling, volunteering for the Alzheimer’s Association, and relaxing.

So after such a long, successful career, what makes Bernie the most proud? “Through my career, there were four or five bear markets. Those were painful. But I never panicked, and was proud to be in a position of improving my clients’ long term financial picture.”

Bernie is also proud that he was able to leave work at the office, and not let what was happening in the market affect his home life. “No matter what the market did that day, or month, or year, when I came home to Carole and the kids, they didn’t know the difference.”

Bernie has high hopes for the Dayton Jewish community. “We are on very solid ground. Things have changed over the years; that is just the way it is. People move, and people pass away. But I am optimistic because we have great staff and wonderful lay leaders.” He is right. We are very lucky to have wonderful lay leaders ~ just like Bernie.