I recently returned home from a Partnership2Gether (P2G) Summit to Budapest. Over 90 people from 15 different communities in the U.S., Western Galilee in Israel, and Budapest came together for a wonderful week of learning. We even had a few guests join us from Poland. While the trip didn’t go exactly as planned (more about that later), I wanted to share with you some highlights. Here is a small recap of my travels.

One of the first things I always notice when leaving the U.S. is that Judaism looks very different abroad. This was so evident when I arrived in Budapest. There are certain things we take for granted here.

When Hungary was under the Nazi regime, for a Jewish person to practice their religion was perilous. Then, under Communism, the practice of religion, in general, was not supported. Many Jews either abandoned their faith or practiced in secrecy.

Since the fall of Communism, people have recommitted to their Judaism. One such example is a young man we met who, as a child, attended Camp Szarvas, which is run by the Joint Distribution Committee. Like many children in the U.S., this young man’s camp experience ignited his passion for Judaism, and he is now the program director of an institution that is similar to Federation and JCC. We also met a woman who graduated from the Jewish University in Budapest, who identifies as Roma but is learning more about Judaism.

While religion was previously frowned upon, the government left alone the physical institutions such as synagogues and the Jewish university. However, because people did not openly practice Judaism, many of the institutions were left in disarray. Thankfully many have been restored, such as one I visited on my trip ~ The Rumbach Street Synagogue.

The visit to Rumbach Street was probably the most amazing part of The Summit for me. The synagogue has been restored since our mission to Budapest in 2016. It was stunning. The synagogue boasts the only subterranean hydraulic-lifted bimah which rises out of the middle of the synagogue floor, where it is traditionally located. If the bimah were to be permanently located in the middle of the room, it would hinder the ability to use the synagogue for event space. We were able to see the bimah rise, and later, attended our closing banquet there, where we were joined by the Israeli Ambassador, a representative from the U.S. Embassy, and the head of the Budapest Jewish community.

So, the trip so far sounds pretty amazing, right? Well, it was…until it wasn’t. The day I was to depart for Israel for the next portion of my trip, I tested positive for COVID-19. Imagine being in a foreign country, with all of the people on The Summit either leaving for home or for Israel, and being completely alone, in a hotel room. This was the predicament I found myself in.

However, I was so fortunate, because while I felt completely alone, I was not. The P2G’s tagline is “person to person, people to people.” This was never more evident than when I got sick. The Chair of P2G in Budapest, Dr. Assaf Shemesh, was my first phone call. He is CEO of the Jewish Hospital there and specializes in emergency and internal medicine. Although there wasn’t much I could do, other than isolate and wait a week until I could travel back to the U.S., it was so comforting to have a medical connection.

While my trip didn’t go quite as planned, I feel fortunate to have been able to travel and enjoy the first part of The Summit with other community members and colleagues. If you ever have the chance to travel to Budapest, I highly recommend it. It is a trip you won’t forget! 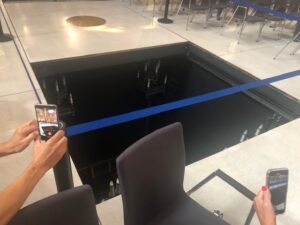 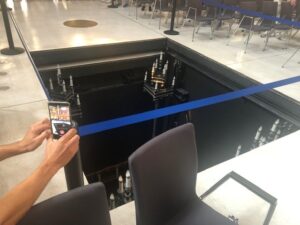 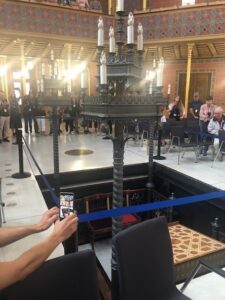 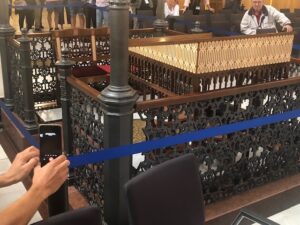 To receive Cathy’s WHIM in your inbox each week, click here.