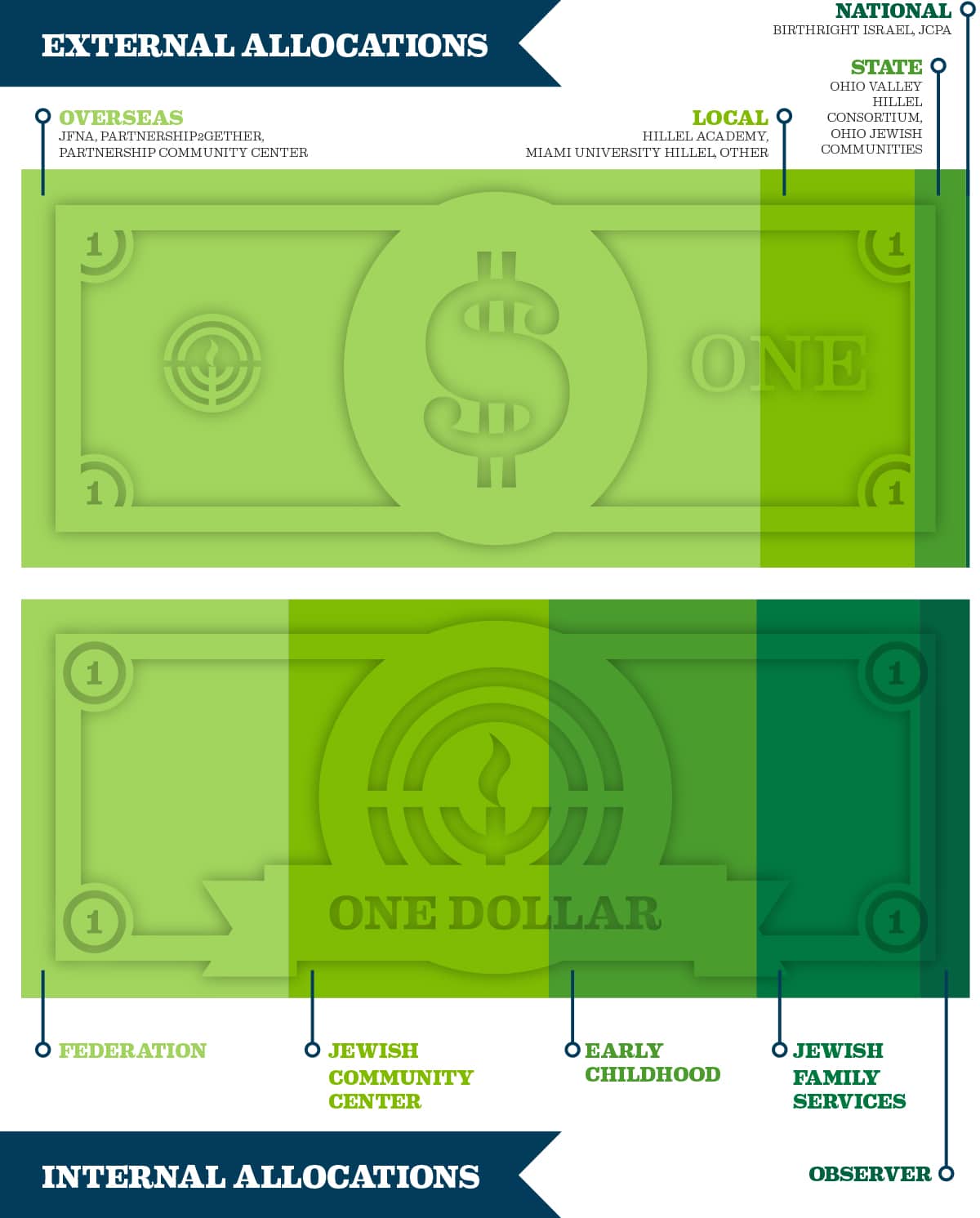 Where does your money go when you make a donation to Federation?

Here in Dayton, your Campaign dollar does more than you could ever imagine within the Jewish community locally, in Israel, and around the world! Where else can one dollar impact so many people’s lives, nurture Jewish culture, and make an impact not just in Dayton, but all the way to Western Galilee? Every year we raise funds from our community to support our mission. Here’s a brief outline of the organizations – both external and internal – that carry out the work that accomplishes our goals.

Hillel Consortium – Supports Hillel on college campuses throughout the Miami Valley, with a strong emphasis on Miami University Hillel.

Jewish Council of Public Affairs – The national hub for more than 125 Jewish Community Relations Councils across the country. JCPA educates, advocates, and mobilizes by leading the field in responding to current events and emerging policy concerns.

JCC Maccabi games – An Olympic-style sporting competition held each summer in North America and is the second largest organized sports program for Jewish teenagers in the world.

Internal:
Federation – Cares for those in need, strengthen Jewish life, and create connections among Jews — acting locally, in Israel, and around the world.

Jewish Community Center – Provides a universal sense of belonging in the hearts and minds of Jewish Dayton. The creative programming ideas educate and impart Jewish values to all members of the community, regardless of age, creed, nationality, or religion. Also includes the JCC’s Jewish preschool.

For more information about the Annual Campaign, please contact Juliet Glaser, Campaign Director at (937) 401-1558 or jglaser@jfgd.net.