The Presidents Dinner is back! The Jewish Federation of Greater Dayton is pleased to present the 2022 Presidents Dinner at the newly renovated Dayton Arcade. This year’s keynote speaker is Noa Tishby, an Israeli-American actress, producer, writer and activist Tickets are now available!

General admission tickets are $100, with a special admission price for young adults age 35 and under of $50. Tickets include a delicious kosher dinner catered by Bernstein’s Fine Catering and includes an open bar. 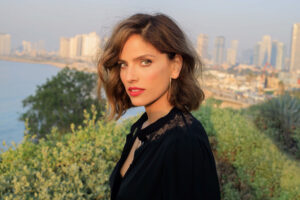 After becoming a household name and appearing in numerous TV shows, films, theater productions and fashion campaigns, Tishby moved to Los Angeles where she sold the Israeli TV show In Treatment to HBO which made history as the first Israeli TV show to become an American series. Tishby earned a Peabody Award and Emmy and Golden Globe nominations for her work on the show.

She is the founder of “Act for Israel,” Israel’s first online advocacy organization and is the author of Israel: A Simple Guide to the Most Misunderstood Country on Earth.